The series walks in the shoes of various doctors, nurses and staff who work tirelessly, and with little reward, to save human lives under difficult circumstances. The hospital acts as a microcosm for many of the social problems that South Africa is grappling with today. The series was broadcast on Al Jazeera English in 2009 and again in 2010.

Left Hand Films believes that what it has filmed at Bara, and the stories the series portrays, is a fair reflection of what is going on at the hospital as well as in South Africa in general.

In particular, Left Hand Films looks at social violence and trauma (seen in Episode 1, 24 hours of Trauma), as well as the burden that HIV and AIDS has placed upon the healthcare system countrywide (Episodes 2, Overload, 3 From the Cradle to the Grave and 7 Pandemic). This eight-part series also highlights the warmth, compassion and tireless efforts of the staff at the hospital.

The company would like to extend its gratitude to both the staff and patients at Bara who trusted Left Hand Films to tell their various stories. The experience was an extraordinarily humbling one. During the shoot, the crew was touched on a daily basis by unsolicited acts of kindness by a nurse or by a member of the public who allowed Left Hand Films to document a normally private and intimate moment with his/her doctor.

THANKS TO:
The staff and patients at Chris Hani Baragwanath Hospital 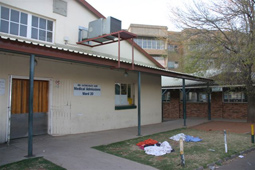 Medical Admission Ward 20 deals with all of Soweto’s non-surgical medical emergencies. Doctors are constantly overwhelmed by the numbers of patients seeking help and in this ward, 50% to 60% of deaths are due to AIDS-related illnesses. 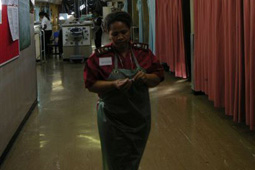 EPISODE THREE – “FROM THE CRADLE TO THE GRAVE”

Three out of ten pregnant women have HIV in South Africa today. The Maternity Unit at Soweto’s Chris Hani Baragwanath Hospital delivers about 70 babies a day, many born with the disease and who come into the world with no say in their care or management of the disease. 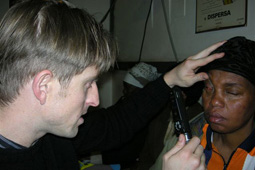 Eye doctors at Bara’s St John’s Eye Clinic can treat up to a few hundred people a day. People can expect to wait most of the day in the queue to see a doctor. The waiting list for cataract surgery is currently two years. 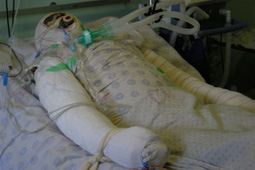 Dr Adelin Muganza is head of Bara’s Burn Unit. Mostly poverty related, accidental burns constitute two thirds of all his admissions; suicide attempts about 5% and the rest are due to assault. In the Trauma Unit, Dr Patrick MacGoey tries to save the life of a seven-year-old girl, knocked down outside her home by an unlicensed driver. 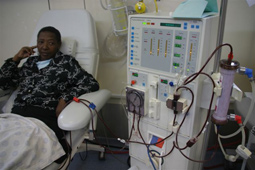 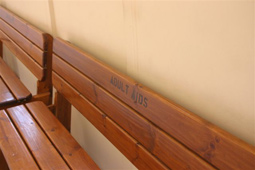 About 900 South Africans are dying a day from AIDS-related illnesses. Getting people to admit they have the disease and onto treatment is a major stumbling block in the management of the continent-wide pandemic.

A touching story from Bara’s ICU about the hospital’s longest running patient, Peter Bouhail, ill with a severe case Guillain-Barré Syndrome. The story of his rehabilitation and friendship with the nurses is heart-warming.

Film-makers Lisa Henry and Shareen Anderson are proud to announce that their documentary series, Saving Soweto, produced for Al Jazeera English, received a Bronze medal at the New York Festivals International Television and Film Awards, held in New York on 3rd of May.